The Castle Dale City Council met Tuesday evening. Among the items discussed was a plan to even out the ground in the Castle Dale Cemetery. The council tentatively approved the hiring of two employees and talked over the methods for flattening the ground.

The council also went over the budget for 2015-2016. No money was approved for a visitor center, Christmas celebration or economic development due to decreased income. The budget for fireworks was also cut. However, funds were approved for the cemetery project and tentatively approved for a new city hall. Also discussed was Grant Automotive, a new business coming into the area that may help boost the economy. Another possible source of income is a proposed change of gas tax from the state. Citizens will have an opportunity to vote on this new tax in November. If the tax is approved, the county and city will begin to receive a percentage of the gas tax to be used for roads, sidewalks and more.

Finally, the council went over plans for the city celebration to take place this week. It will begin with a barbecue on Wednesday and the Desertview Pro Rodeo on Thursday, Friday and Saturday. The celebration will also include Saturday with a parade at 10 a.m. followed by activities at the fairgrounds including kids’ games, a sandbox treasure hunt, a sidewalk chalk competition, firetruck rides, a hostess cupcake walk, a pie eating contest, a horseshoe tournament, the Touch a Truck vehicle show and a “Behind the Chutes” look at what makes the rodeo possible. All are invited to join the festivities. 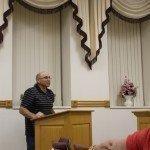 Kerry Lake authorized as spokesperson to work with BLM 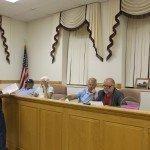 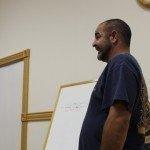