Second and third place winners required a few more rounds in a spell-off to determine the placements. Fifth grader Scott White took second while fourth grader Lauren Braun took third. In these later rounds, the rules changed and the winner had to spell two words correctly, which White was able to do.

After lunch, the lower grades, including first, second and third, had their turn to spell. Once again, Castle Dale Elementary Principal Melinda Durrant gave the rules and instructions, then proceeded to pronounce the words for the 24 finalists in this spelling bee.

This time, it took six rounds to find the top two spellers, Ammon Sorenson and Jett Jeffs. After a couple more rounds, Sorenson was the first to spell two words correctly, which named him the top lower grade speller. Jeffs was a close second. 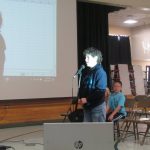 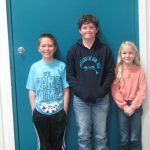 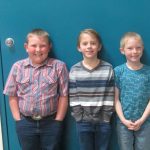