Parents and other family members were invited to Castle Heights Elementary (CHE) on Tuesday morning to highlight the school’s archery teams, who recently scored impressively well at the state competition.

The teams’ numbers were presented to all those that attended. In 2013, the teams that won shot a total of 23 tens. In 2018, the first year that CHE won state, 44 tens were shot. Last year, there were 52. This year, CHE set a state record for the elementary schools number for tens at 86 tens from Team 1.

The school also shot more yellows than most schools, including middle and high schools. The school had many that scored impressively individually and were successful in nabbing first place overall against 12 other teams with a score of 3,013. This triumph means that Team 1 will be attending nationals with the hopes that Team 2 will be joining them.

The archery members were treated to a pizza lunch to commemorate their success and will be receiving not one, but two trophies. 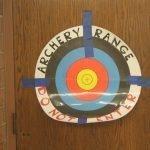 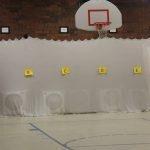 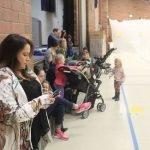 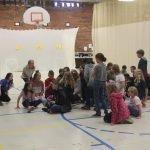 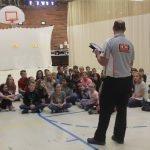 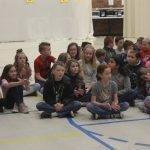 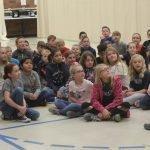