A number of the Price City Youth Council attended the Dec. 12 Carbon School Board meeting. The purpose of attendance was to present a proposal for a potential project to the board.

This project consists of the youth council members installing slats on the back fence located at Castle Heights Elementary. This fence shares property with the Cliffview Cemetery (though it is owned by the school) and as such, the gravestones are easy to view by the students.

The members of the council, joined by Price City Mayor Mike Kourianos, felt a desire to install slats upon being approached on the subject of one student in particular who is having his schooling affected by being able to view his sister’s grave from the classroom window. Reportedly, the student was removed from the school for home schooling due to his mental health.

“We jumped on with both feet saying ‘hey, we’ll get this resolved,'” Mayor Kourianos stated.

The council invited the community, parents and students to join in on the project and furthered the momentum by stating that in the spring, they wish to further develop the project with an art campaign. The school board and city worked in conjunction with Castle Heights Principal Chris Winfree and were able provide the material for the fencing. Installation is currently pending.

This campaign will find the Castle Heights Knights submitting artwork that will be displayed on the newly-slatted fence. The theme of the drawing will be “What Price Means to Me.”

Mayor Kourianos also took time out of the most recent Price City Council meeting to invite the affected young man in front of the council, where he was presented with the gavel that is used to begin and end each meeting. Mayor Kourianos stated that the young man has since returned to school at Castle Heights. 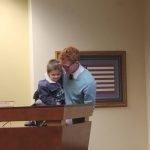 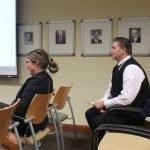 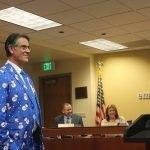