At approximately 1 p.m. on Friday, a vehicle driven by Christopher Craig marked with a bible verse, a heart with the letter “G” in the middle and the phrase “I’m not the Easter Bunny,” was recognized by an officer who was in the area on an unrelated matter. The vehicle pulled up suddenly to the school building, jumping curbs and coming to rest on the playground. School officials immediately responded by implementing proper safety protocol.

“He went to the school for his child who incidentally, was not even there today,” Barnes explained. “He parked in front of a classroom wearing a turban and Arabic clothing. The school quickly went into lockdown and no one was harmed.”

Many citizens have reported that Craig possessed a gun and waved the weapon during the incident. Barnes confirmed that Craig did not have a weapon of any kind. “We thoroughly searched the vehicle and the suspect after he was taken into custody,” the police captain explained. “The subject did bang on a classroom window but walked away from the school quickly.”

Craig, who has a history of erratic behavior, was arrested and charged with disorderly conduct and driving on a suspended license. Possible reckless driving charges may also be filed according to Barnes. “When Craig jumped the curb, there was a person walking on the sidewalk who was almost hit by the vehicle,” he said. “Aside from this, no one was ever in danger during the incident.”

“The school acted well and law enforcement also responded well,” he said. “The main thing is no one was hurt during the incident.”

Castle Heights also responded to parents with a statement.

“All staff and students responded appropriately. No one was in any danger at any time,” the announcement indicated.

Last summer, Craig was arrested following a similar incident in Arizona. At that time, he allegedly threatened the demise of Mormons and Catholics in an Eastern Arizona College classroom. He was also charged in Carbon County shortly after for drug charges and warrants. 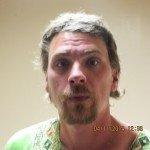 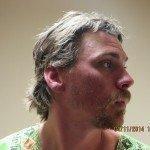 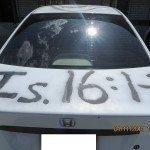