Top spellers in the area gathered in Moab on Wednesday afternoon to vie for the title of regional spelling bee champion.

Six students from Carbon and Emery counties competed in the bee, representing the area well. Castle Heights Elementary student Chloe Garvin proved her spelling prowess when she rose above the rest and secured the the first place spot.

Garvin’s mother, Stephanie, stated that she has been doing a lot of her own studying and that Garvin is very self-motivated. She would study each day and stayed very calm throughout the competition. Stephanie reflected on witnessing Garvin congratulating another speller on correctly spelling a word and was pleased with her sportsmanship.

Stephanie believes that the national competition, Garvin’s next step, will be a great opportunity for her and that she will continue to compete in bees in the future.

The National Spelling Bee is slated to take place in Washington DC and is expected to be hosted at the end of May. 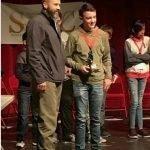 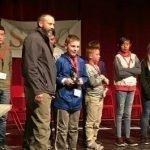 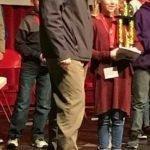