The Castle Valley Archaeological Society (CVAS) welcomed all to its Thursday meeting at the USU Eastern Prehistoric Museum ready with a special presentation by new President Geoff Smith.

Smith began the presentation, which was titled “The Art of the San Rafael Swell,” by stating that he is not an archaeologist or any type of scientist, but was talked into bringing some of his photos from the Swell by Tim Riley. Along with the photos, he was geared up with history of his relationship to the Swell.

Smith, an avid hiker of the area, informed all present that his family has lived in Emery County since about the 1880s. His great grandfather, Peter Johansen, came from Ephraim and began running cows on the Swell. He built the old two-story building that is still standing across from Emery High School. After that, Smith’s grandfather, Byron Johansen, and his wife lived there. Each year growing up, Christmas was celebrated there.

Smith’s family cabin was originally located near the old swinging bridge but they were forced to relocate it to Joe’s Valley some years later. Smith began his photo series on the west side of the Swell and slowly moved east. As he moved through the series, he refered to a map on the wall to highlight where each photo was taken.

The different types of rock art were discussed with Smith working to showcase that, at times, the pecked art overlapped the painted art, and vice versa. Through photos and history, Smith successfully worked the crowd through the many wonders that the Swell has to offer. 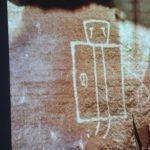 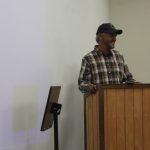 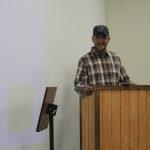 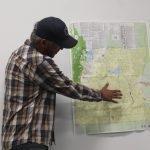 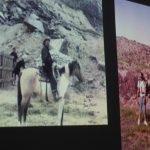 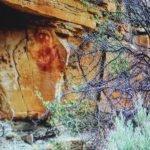 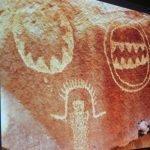 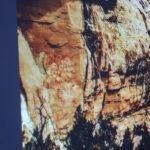 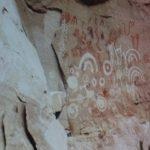 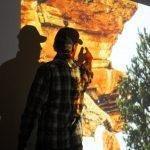 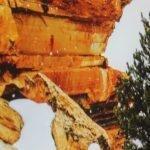 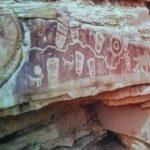