On Wednesday, Feb. 24, students and faculty at the Castle Valley Center participated in their third annual I-Kid-A-Rod.

The actual Iditarod that the students are now following is an event that is currently taking place in Alaska. Teachers have maps outside of their classrooms showing the routes that the Iditarod is using, allowing students to follow the progress.

Gaylene Kokal, teacher at the Castle Valley Center, was credited as the one that put the event together and did the proper research.

The faculty and students were hoping that there would still be snow on the ground to be able to use sleds during the I-Kid-A-Rod. Unfortunately, at the time of the event, the snow had melted. The students instead rode around in wagons and carts.

There were certain students deemed as the “mushers” that had special dog masks made for them. These mushers were in charge of pulling the carts and wagons to the different checkpoints.

The different checkpoints had something special for each student to do. At one, students would check their oxygen level. At another, the musher students were given plastic bags to put over their “paws” to protect them from the weather. Other stations had snacks and food. 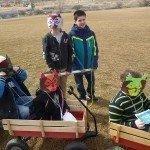 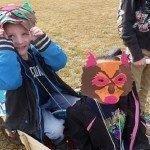 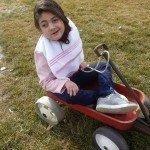 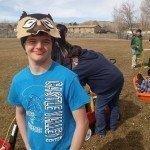 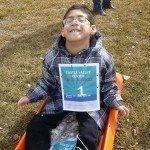