Recently, a special assembly was scheduled at the Castle Valley Center (CVC) to introduce the school’s latest addition to the community, staff, students and more.

What Principal Michael Keller did not know, however, was that the assembly was much more than that. Soon, Principal Keller plans to enter into retirement. In fact, it was stated that Keller had agreed to stay at the school longer than planned to see the addition through.

Keller has been an employee with the Carbon School District (CSD) for 45 years. A great time of that was spent as a wood shop teacher, a position he entered in the 1970s. Wood shop is an area that Keller always kept close to his heart, taking it with him to the CVC. The school constructs numerous plaques, trophies and more for many in the community yearly.

During the assembly, CSD Superintendent Lance Hatch announced that the district plans on naming the new addition of the school after Keller, presenting him with a special wood plaque that will hang to commemorate the dedication. Also presented to Keller was a painting that was commissioned by well-known Helper artist Kate Kilpatrick-Miller, who co-owns K2 Gallery on the city’s Main Street.

Carbon High School cheer members attended the assembly as well, gifting the school with a special cheer that they had created just for them. They encouraged the audience to get involved during their performance, lifting spirits throughout the gymnasium. A cake and other various treats were then served to those that remained.

Keller remarked many times at the assembly that he was genuinely surprised by all that was presented to him. He plans to enter into retirement in approximately eight months. 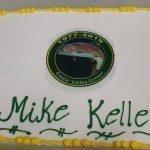 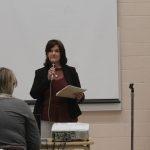 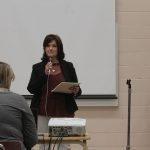 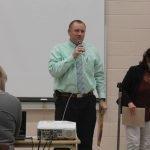 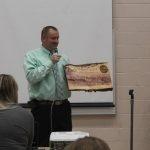 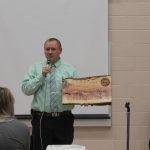 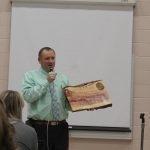 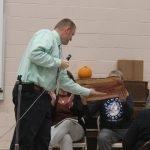 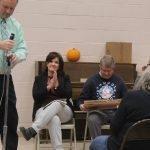 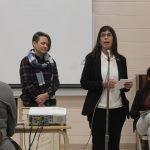 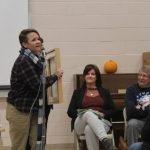 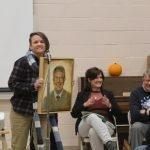 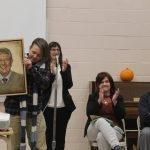 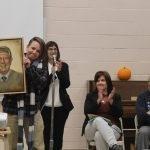 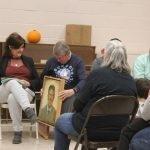 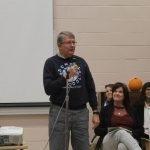 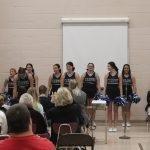 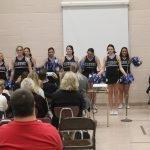 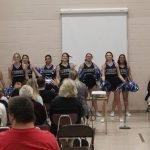 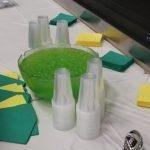 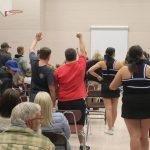 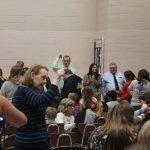 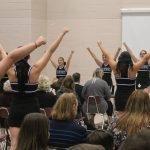 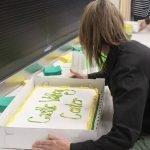