Students at Castle Valley Center were given the opportunity to participate in the fourth annual I-Kid-A-Rod on Thursday afternoon.

The actual Iditarod, known as the world’s Great Sled Race, that the students are mimicking will take place on March 4 in Alaska. Teachers divided their students into groups of three or four, which allowed one or two students on the sled and two students pulling them.

The snowy weather conditions permitted the students to use sleds during the I-Kid-A-Rod. There were certain students deemed as the “mushers” that had special dog masks made for them. These mushers were in charge of pulling the sleds to the fence and back.

After the students received the chance to ride and pull the sleds, they were escorted to different teachers’ classrooms where various activities for the students to participate in could be found. 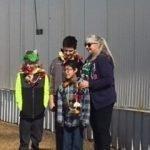 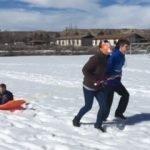 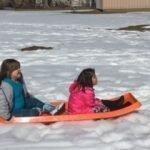 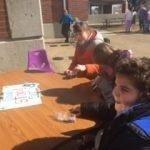 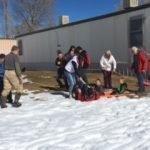