A Tony Award-winning classic, “Oliver!” is the musical retelling of Charles Dickens’ Oliver Twist. The story tells of a child who is sold by a London orphanage because he asked for more food. Oliver eventually escapes to the streets of London, finding adventure and a loving home.

The production is animated with high-spirited dance numbers and filled with unforgettable tunes, including “Pick-a-pocket,” “Where is Love,” “Consider Yourself,” and “As Long As He Needs Me.”

Performed by a cast of over 50 local community members, “Oliver!” is family entertainment at its best. Starring Ron Patterson as Fagin, newcomer Brandon Hill is a terrifying Bill Sykes, and introducing Rylan Ferguson as Oliver. Returning director John Behn has truly put together a spectacular show. You won’t want to miss.

Performances are on Fridays, Saturdays and Mondays at 7:30 p.m. Jan. 15, 16, 18, 22, 23 and 25 with matinee showings at 2 p.m. on Saturday afternoons.Tickets are $7 each and available at the door. Pre-sale Tickets are available for $6 at Sutherlands until the first showing. 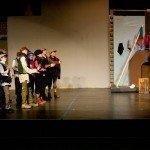 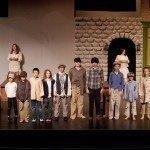 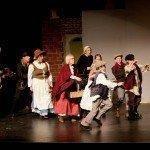