On Monday morning, 79-year-old Darwin Jensen believed that he was visiting the Castleview Hospital Wellness Center with his wife, Judy, for a routine exercise as a part of the Cardiac Rehab department. However, Jensen was surprised to learn that he was being celebrated.

Jensen is the first patient to graduate the 12-week program with 36 sessions. In May, Jensen drove to the emergency room due to suffering a heart attack. Following the surgeries and procedures that came with the heart attack, Jensen was referred to the Cardiac Rehab program once it opened.

Exercise Physiologist Nikell Tamllos and Cardiac Rehab Coordinator Chase Maddock were joined by Castleview’s CEO Greg Cook, CFO Ryan Pugh and employees Jenn Colosimo and Amanda Paiz to congratulate Jensen on his hard work and perseverance. Jensen was credited as being a great example to the others that are in the program, having lost 20 pounds since beginning.

“We commend you for choosing your health first,” Paiz stated.

Jensen was gifted with cake, ice cream and a duffel bag courtesy of Castleview Hospital filled with tasty, nutritious and healthy treats. Those that are interested in learning more about the Cardiac Rehab program can call (435) 636-4841 or (435) 613-6159. 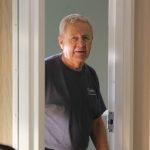 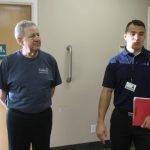 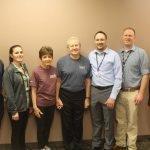 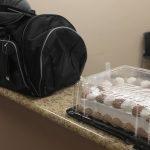