As the water warms, the amount of oxygen in the water declines. Less oxygen makes it harder for fish to recover after fighting with an angler. And in southern Utah, and other spots that have low water levels this summer, fish are more concentrated. Fish that are concentrated into a smaller area are easier to catch, which increases the chance that a fish will be caught and released by anglers multiple times.

“Fish survival is all about equipment and technique, especially during the hot months of summer,” explained Ron Stewart, a conservation outreach manager for the Utah Division of Wildlife Resources.

Stewart, an avid angler says that the following rules will greatly increase the chance that fish survive after being released:

Stewart provides additional details about equipment and techniques to use: 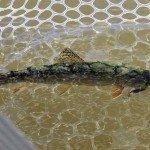 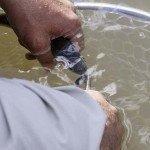 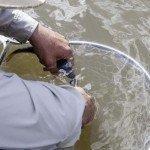 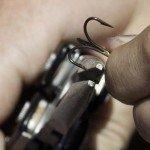 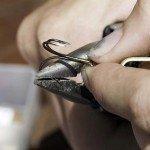