Members of the Carbon County Chamber of Commerce (CCCC) met at the Tuscan on Thursday afternoon for a networking luncheon. Also during the event, the March 2019 spotlights were announced while lunch was enjoyed.

First, the USU Eastern Cosmetology Department was honored. Amanda Paiz joined Debbie Prichard to speak on the department, touching on the What A Woman Wants Expo that is slated for April 5 and 6 this year at the Carbon County Event Center. One new and exciting aspect, Paiz stated, is that the expo will feature free entry this year. It was also announced that in addition to added fashion shows and giveaways, the event will offer a surprise makeover every hour.

Prichard then spoke on the Women in Need Workshop and bake sale in conjunction. The students raised $2,700 for Jake Vigor and his family. Vigor is the father of two daughters, ages one and three, and husband to Chelcee. He was recently diagnosed with cancer and is fighting stage-four melanoma.

Then honored was Billy Vigor with Farmer’s Insurance. While Billy did not take time to speak, the chamber thanked him for all that he does.

Trails End Realty and its annual Easter egg hunt was the CCCC’s March 2019 Community Spotlight. Broker/owner Janet Roberts introduced her team of realtors and stated they will treat each person like family.

She then gave a brief history on the Easter egg hunt. Trails End Realty was opened in 1996 and in 2006, a realtor approached Roberts and stated that, for their 10th anniversary, they should host a hunt. The hunt has grown from there and is now a community staple each year. This year, the 14th annual, Roberts informed all that the proceeds will benefit the Children’s Justice Center.

Austin Preston was then introduced as the new Small Business Development Center Director, stating he is here to help small businesses in any aspect through direct counseling or available resources. He also took the time to plug the upcoming leadership retreat, slated to take place at USU Eastern on March 27.

The luncheon was concluded by Paiz orchestrating the networking portion titled “The Great Collaboration.” 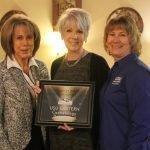 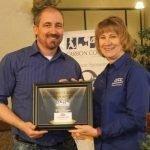 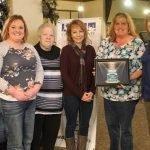 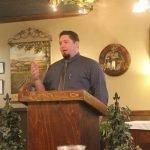