Stewart’s Market and Boyd’s Family Pharmacy of Castle Dale have underwent many changes and improvements in recent months. Despite the COVID-19 pandemic, the two businesses have spent much time and effort implementing improvements to better serve their customers.

The culmination of these changes was celebrated with a ribbon cutting ceremony on Wednesday morning. Along with employees of the two entities, media and the Emery County Business Chamber gathered as the ribbon was cut at Stewart’s Market, which now houses Boyd’s Family Pharmacy as well.

Stewart’s Market Manager Wayne Huntington, with support from the store’s parent company, assisted with the changes, which included the relocation of Boyd’s Family Pharmacy into the market. Housed in the former customer service location, Boyd’s relocated its extensive range of offerings to the grocery store as an added convenience to customers.

The efforts to improve convenience even included a new drive thru window on the west side of the store, which is now open to pharmacy customers. Customers can also expect the usual offerings from the pharmacy, including vaccinations, Medicare Part D plan assistance, MedSync, free deliveries and much more.

The pharmacy will also retain its traditional hours of operation, which are from 9 a.m. to 7 p.m. Monday through Friday and 9 a.m. to 1 p.m. on Saturday.

The ribbon cutting celebration also served to highlight the improvements recently made to Stewart’s Market, which took place inside and outside. To start, the parking lot was resurfaced, while wider parking stalls to accommodate larger vehicles and grocery carts were implemented. Also outside is the propane fill up station.

Inside, new paint, flooring, signage and check stands greet customers. The store also reset the aisles with an improved organizational system as well as updated the produce and meat cases. New items can be found throughout the store as Stewart’s aims to increase its offerings.

To see the improvements made at Stewart’s Market and the new Boyd’s Family Pharmacy location, stop by the store at 590 East Main Street in Castle Dale. 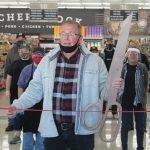 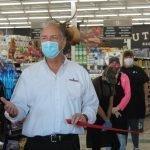 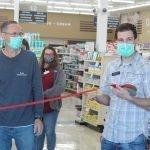 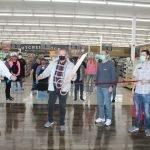 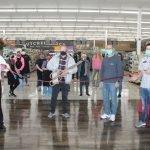 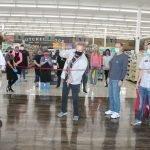