Superintendent Larry Davis had written a tribute in the form of a poem highlighting their love and compassion for a lost board member, mentor and friend. They also recognized Julie Wilson for her 21 months of service to the education board. She had served under surreal circumstances from being interviewed at an open meeting to being replaced with an ancient decisive process of drawing straws. The board then welcomed McKenzie Guymon and Tracey Johnson as newly elected board members.

Business administrator Jared Black then discussed the re-employment of retired employees. He stated that they needed to have a policy in place in order to do this. This would allow retirees to be rehired on a part time basis of a maximum half day. Approval was given for the purchase of two new buses at the price of $115,000.00. There will be a 75% reimbursement.

Principal Brian Dawes welcomed the board to Ferron Elementary and reported SAGE testing scores. In language arts Ferron Elementary received 51% compared to 44% for the state and 36% for the district. In science 51% compared to 39% district and 48% state average; and math 62% to the state’s 46% and district 42%. He stated it has  been a tough six weeks with all the tragedies in their area and helping students cope. He expressed appreciation to the board for their compassion at this hard time. School Board President Laurel Johansen commended Dawes for the organized classrooms, collaboration, use of space and general overall excellence witnessed at their visits to the school.

Black announced that the child nutrition audit was complete and would be reported to the board. Superintendent Davis announced that because of the affirmative reports of the Youth Protection Seminar at Emery High they are taking it to Green River High in February. He felt that support would be extended from Representative Watkins and Albrecht as he had met with them at the legislative luncheon in Carbon.

Davis was happy to report that School Trust Lands funds would be increased, which goe directly to individual schools and is very advantageous. He also reported that the transition for sixth and ninth grade placements were right on schedule and as soon as registration is completed at the high school more will be done with regards to teacher placement. There will be block scheduling at Emery High. The district has also received a technology grant and professional training will begin promptly. 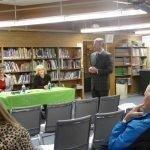 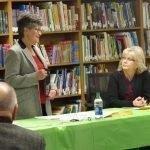