It was recently announced that Bruce Bean will be making the transition from principal of Carbon High School to a position at Carbon School District to take on a number of roles.

This transition left the need for a new principal to be hired at CHS. Superintendent Lance Hatch, along with the rest of the district, recently announced that the role will be filled by current Castle Heights Elementary principal Chris Winfree. Winfree has been the principal of CHE for four years and will begin his new role at the high school at the start of the new school year.

Winfree is known for being an active and engaging principal. He has found many fun ways to involve and encourage his students at the elementary school. Many times, Winfree has found himself duct taped to the walls or covered in peanut butter and jelly as fun ways to reward the students.

Robin Hussey also recently announced the retirement from her role as vice principal at CHS. Sally Mauro Elementary principal Jarad Hardy has been named as her successor and will take on the new position at the start of the new school year as well. Hardy has held the title of principal at Sally Mauro for a total of three years.

Superintendent Hatch stated that the district was not looking for super star types to fill the roles, but rather individuals that will work with the staff to ensure that all is running in the right direction. He believes that both Winfree and Hardy will see that this is done and have both been outstanding principals at their respective schools. 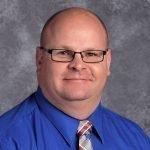 Jarad Hardy will fill the shoes as CHS Vice Principal 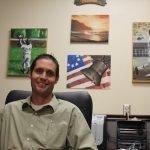