While competing at several competitions starting in December 2015 they earned numerous Top 5 finishes in Dance, Military, Character, Pom, and Lyrical. However at the State Drill Team Competition they were awarded the Sportsmanship Award for all 3A High Schools in the State.

Their coach, Nicole Bennett, was also awarded 3A Coach of the Year and Mallorie Bradley was named to the 3A Academic All State Team. 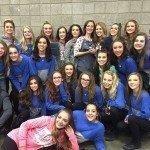 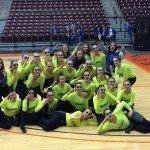