Carbon High School ProStart students traveled to Utah Valley University on April 21 to compete in the state competition. The students have been working hard all year, cooking up storms in preparation for the battle.

On April 27, ProStart advisor Daphne Stockdale announced that the students were named state champions, taking first place in the Utah State ProStart Management Competition. In the culinary competition, the Dinos placed in the top ten.

“These kids knocked it out of the park,” shared Stockdale.

She stated that she loves the students and their parents for being willing to work hard and endure to make the success happen. Stockdale also thanked fellow teacher Troy Chilcott for being part of the adventure.

“I hope all of my management students the last 11 years realize they were a part of this success, too,” Stockdale said. 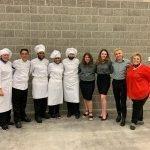 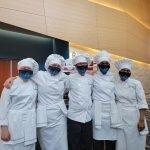 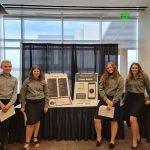