When parents or grandparents who have students in high school watch their offspring go off to school, they often have an image in their mind of what school was like for them and have a pretty clear idea of how things operate. But the fact is that public high schools have evolved a great deal in the past 10 to 15 years, and what happens there is very different from what went on only a generation ago.

The changes include everything from dealing with cyber bullying to security to learning processes. Today’s high school must look more toward putting students in the right place so they can succeed in an ever more technical world rather than just throwing facts at them and hoping they succeed.

The reach of a college education, while for a long time a part of a high school through advanced placement programs, which a limited number of students could participate in is still intact, but public high schools now are placing more and more students in concurrent enrollment.

“When I was in high school, I don’t think current enrollment even existed,” said Carbon High Principal Bruce Bean. “Even as a beginning teacher, while I knew there were some kids taking college classes, I wasn’t really aware of the impact they were having on students.”

He definitely knows now as he watches student after student take classes and then graduate with associate degrees and certificates as they walk on graduation day.

“We had always been connected to CEU,” he said. “Recently, USU Eastern has made a greater effort in working with us on having students enroll with them and they are giving more and more flexibility to having classes taught right on our campus, as well as working out scheduling problems between the two institutions that plagued the institution in the past.”

He pointed out that the credit the students in concurrent enrollment are now getting comes directly from Utah State University, which has made it easier to apply those credits to that school’s majors.

“Last year, students at Carbon High earned right around 1,400 concurrent enrollment credits,” he said. “Students who want to move in that direction can do so.”

Because of it, the atmosphere at Carbon High is different now that just a few years ago. He said his old school habits he has developed over 30 years sometimes catches up with him.

“I walk out into the Grand Canyon (the main hall) and there will be students there working on their Chromebooks. I ask them what class they are supposed to be in and they often reply that they are in college classes and their schedule is different from someone that is just taking high school classes,” he said smiling. “Then they tell me to relax.”

He also talked about the fact that no one in the high school today is under the illusion that students need to go onto a four-year degree to succeed in employment.

“People here and across the mountain are clamoring for people with tech and trade backgrounds,” he said. “Kids need to know that there are so many job industries where a certificate can land them a good job. Right now there are jobs out there if a student has a little background in what is needed that employers are willing to work with kids and to train them. We have danced around this school to career thing since I was in school. Then, they had a push concerning school to careers about 30 years ago. Today, that is becoming more of a reality.”

Amongst the large number of activities, clubs, athletics, assessments and classwork, it would be easy to forget that students are individuals who have different needs and are not the same as one another. Bean said that he and his staff are truly aware that students cannot be judged by their cover alone, but must be revered for who they really are.

“You might see a student walking down the hallway and you have no idea what they have inside of them or who they are going to be some day,” said Bean. “If you label them or pigeon hole them, you are making a mistake. These kids need to know that who they are and what they are is okay. Sometimes, they have to learn some lessons and have some consequences, but to take their spirit away is wrong. We should get that student into the right fit and then we need to get out of their way. They may not even know what they are yet. We do a disservice to a kid who is 16 and ask them what they are going to do when they grow up.”

He also talked about the stress the teenagers have today. He said everything they do or say is recorded and documented. And then it is out there because of social media. Bullying is also another problem, although Bean says that sometimes that word is overused.

“I mean, if a student is walking down the hall and someone else gives them the stink-eye, that person is not always a bully,” said Bean. “We ought to reserve that word for people who really are bullies.”

He said that he can look around and see kids at risk, often because of who they hang around with.

“You are the sum of the people you spend your time with,” he said he tells students. “And some of those people will never let you succeed because they don’t want you to be better than they are.”

He said despite what he sometimes sees, he and his staff should never give up on a student. 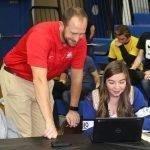 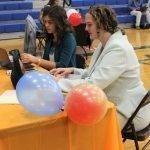 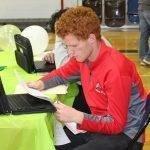 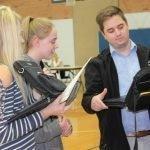 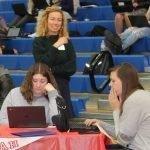