Press Release
The Circles Program of Carbon County has finished its first education section and 10 graduates finished the first phase of Circles on Dec. 13 by becoming leaders in the program.
“Graduating and becoming a leader is a big accomplishment because we are telling the Circle participants that they are leaders now and that they can and will make a difference in our community,” said Julie Rosier, the Community Services Program Manager at the Southeastern Utah Association of Local Governments (SEUALG).
Circles is an initiative to help end intergenerational poverty in the Carbon County area. Carbon County has the ninth highest poverty of any county in the state with 15.3% of the population falling below the poverty income level. In the United States as a whole, 43 million people’s incomes fall below the federal poverty line with 14.5 million of those individuals being children.
Circles Carbon County seeks to help individuals and families to break out of poverty, and this is accomplished with various kinds of education as well as lining up allies (allies are intentional friendships who are middle to upper-income individuals) in the community to help people who want to help themselves. It is set up to inspire and equip the individuals and families in poverty to thrive.
Southeastern Utah Association of Local Governments received grant money to implement Circles in Carbon County.
Circles relies largely on volunteers from the community to bring about the change. People from all walks of life are utilized to partner with those trying to climb out of poverty through the program.
Circle Leaders will work on new curriculum that starts early in 2018.
“The Circle Leaders will be matched with with their allies,” stated Rosier. “They will then start working on budgets, debt reduction, credit repair, how to access their credit report and read it, resume building, mock interviewing and how to prepare meals on a limited budget. Because we make Circles about the leaders, we will also have training on things that they would like to learn about. These weekly classes will continue until the Circle leader reaches a 200 percent level of income of federal poverty guidelines.”
The ultimate goal of the program is to inspire and equip individuals and families to permanently move out of poverty and thrive. Through these efforts it is hoped communities as a whole will pursue a 10% reduction in the poverty rate over 10 years, which would cause a tipping point that can accelerates an end to poverty in those local areas. 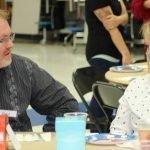 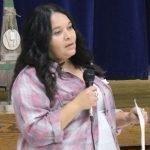 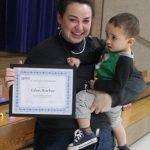 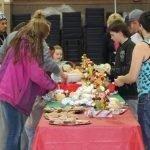 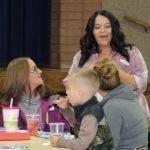