Carbon High School (CHS) made the announcement on Wednesday afternoon that construction has officially started for the school’s new addition.

For a phase of the construction, the walls in front of the school that spell “CARBON” had to be removed. CHS recognizes the connection that many of the residents and past students of the high school have to the walls and they are offering all to have their own “piece of Carbon.”

A large stack of the bricks have been placed on a pallet and set aside on the patio that is located near the doors to the Grand Canyon. Those that wish to have a brick to keep as a momento from their time at CHS are welcome to claim one. However, only one brick is allowed per person and no individuals are allowed inside the construction site.

CHS stated that, in the event that they run out of bricks on the pallet, more will be added over the next few days. Those that wish to claim a brick have until Monday, July 13. Following that day, the remaining bricks will be hauled away.

“We are excited for the new additions to CHS that are coming as part of the bond. Thank you for all you do as a community to support Carbon High. Go Dinos!” CHS concluded. 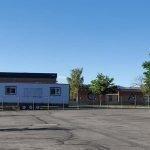 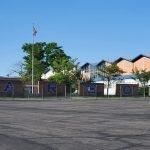