Members of the Emery School District, including Superintendent Larry Davis, joined the Cleveland Elementary School staff on Thursday morning to honor a teacher for a very special recognition.

Kindergarten teacher Bridgit Grimm was surprised by friends, family, staff and more as she was awarded the Teacher of the Year for the Emery School District. Superintendent Davis spoke of the soft closure and the teachers performing in ways never imagined. It is gratifying, he stated, to recognize educators that go above and beyond. Grimm was selected as the 2019-20 teacher of the year from a nomination submitted by Principal Jenny Gagon.

In her nomination letter, Gagon praised Grimm and her work ethics, also citing her love for each of her students. Gagon stated that Grimm prepares lessons that are engaging and individualized for each child’s needs. She is dedicated and an example of what a caring, compassionate teacher should be.

“She is a mama bear when it comes to her students; she loves and cares about every one of them like they are her own,” Gagon stated.

Grimm was presented with a gift basket full of a number of her favorite things as well as a commemorative award showcasing the achievement. Grimm stated that it has been hard not to see her students’ faces but she works with amazing teachers and for an amazing staff. She commended the parents as they have worked with her through the virtual schooling and stated that everyone, staff and parents alike, have been really willing to assist and give ideas.

“I love what I do; I learn more from the kids than they do from me every year,” Grimm stated.

Grimm will return to teach at Cleveland Elementary School for the 2020-21 year, though she will be transitioning from a kindergarten teacher to a fifth grade teacher. 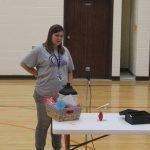 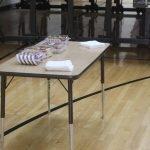 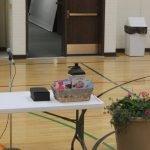 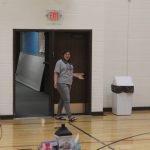 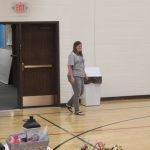 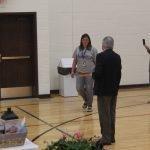 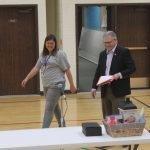 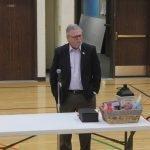 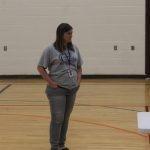 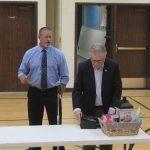 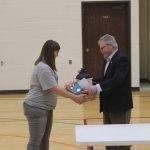 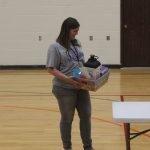 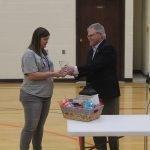 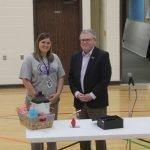