Caleen Wilcox was playing as an umpire when, at 55 years old, she met with softball coach Ike Pussell from California at the Senior Games in St. George. He told her that if she got a softball team together, he would sponsor them. She then recruited Emery County natives Anette Grimm, Jimmie Dawn Jones, Lori Brady, JoAnn Stokes, Joy Barton, Kolette Cologie, Mitzi Zserai, Betty Sisneros, Jenine Bentley and Christine Anselmo to be members of her team, the Coal Miners’ Daughters.

All of the members started out playing when they were very young. Five of them on the team are cousins and, when they were younger, the majority of them played on a mother-daughter team with their mothers. Now, 30 years later, they are taking up their mitts and bats again.

The Coal Miners’ Daughters will play in St. George at the Huntsman Senior World Games on Oct. 12-14 in the 55 and under age group. Four more players from California will be joining them. They would like to thank their daughters and anyone else who have come help them get ready for their games.

“A lot of them are excited to have the opportunity to even be able to still play and to be out here,” Wilcox explained. 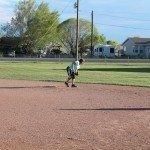 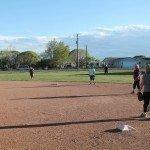