The bands were conducted by instructor Mr. Richard Nobbe. Mr. Ben Carrol had been invited as a guest conductor for “Armed Forces on Parade” performed by the symphonic band. Mr. Carroll had been the band instructor for all the previous years with many of the high school students.

The elementary bands performed “Ode to Joy,” “El Pato Loco,” and “Armory.” The high school band performed five pieces: “Fanfare for the Third Planet,” “Blessed Are They,” “Armed Forces on Parade,” “Can Can,” “Undertow” and an English Folk Song Suite. These were enjoyed by a large crowd. 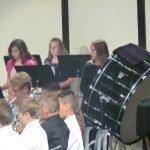 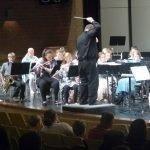 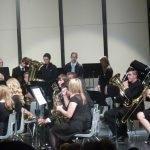 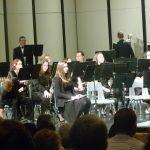 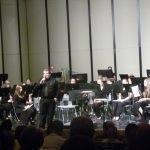 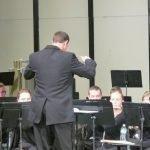