Helper native and comedian Guy Seidel has always had a passion for animals. He put his passion and his talent for comedy together to benefit the local community.

The Carbon and Emery animal shelters often struggle to find loving homes for the animals in their care. To help with this problem, Seidel organized an adoption event to raise money and awareness.

Saturday, the animal shelters from both counties brought several animals in need of homes to the Tuscan in hopes of finding permanent families.

Seidel said he is a big animal advocate and always promotes adoption and rescuing animals rather than getting pets from a breeder. He played a major role in planning the event and gathering donations for the raffle within just a couple weeks.

According to Seidel, half of the dogs and cats brought to the event were adopted into loving homes.

Later Saturday evening, Seidel headlined a standup comedy show and raffled off several items. The money from the raffle and the door was put toward the adoption fees of the pets taken home that day. The remainder was divided and given to both Carbon and Emery animal shelters.

Seidel said he has organized similar fundraisers in Salt Lake City and he is always impressed with the generosity of the people in Carbon and Emery counties.

“This is an important issue and something I feel very strongly about,” Seidel said. “So, if I can help get it the attention it needs, then I’m happy.”

Seidel said he plans on carrying on this tradition and wants to keep up his efforts to help out his home community.

The Carbon County animal shelter posted their gratitude on social media. They thanked the community and all the local businesses that supported the event and said they could not have done it without all the support. 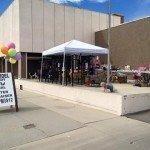 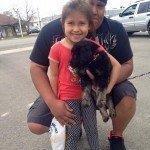 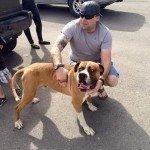