Price City’s first Culture Connection event of 2020 was hosted on Thursday at the Price Civic Auditorium. The band of five members known as Out the Back Door played their music for nearly two hours that evening, entertaining the crowd that attended. They played throwback songs from the 70s, among many others, including many popular tunes.

The band consisted of a cello, a bass, drums, two guitars and the occasional harmonica to accompany the singing talents. Percussion is a newly-added sound to Out the Back Door, but the band members appreciate it greatly.

The music brought many community members to applaud and praise the music that was presented during the free concert. 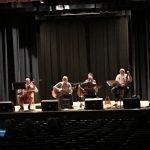 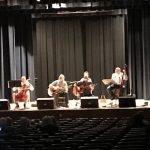