Helper City officials, especially Mayor Lenise Peterman, have been working hard toward making all plans and changes in the city transparent and fair for the citizens. In keeping up with transparency, a community input collection meeting was hosted at the Helper Civic Auditorium on Tuesday evening.

The purpose of this meeting was outreach to the community to ensure that the city continues to build into something that the community wants it to be. The actions and decisions made per the meeting will affect the city for the next five to 10 years. Alongside Mayor Lenise Peterman, Michael Bryant with the Southeastern Utah Association of Local Governments helped run the meeting.

No decisions were made during the meeting, as the purpose was to collect input from the community as a whole and go over the information for a decision at a later date. The city’s motto and vision statement will both be updated shortly, using data and input collected. A number of different state agencies were also in attendance at the meeting such as the Department of Heritage and Arts, Utah Housing, the Utah library and more.

Ultimately, the decision for the motto and vision statement will be announced at the 2018 Helper Arts, Music and Film Festival. The general plan, vision statement and city motto purposes were all explained to those in attendance, including the fact that the general plan describes the long-range, desired conditions of the municipality.

Those in attendance were then divided into five teams and each given a question, such as “What should Helper City do to improve the various forms of transportation?” and “How should Helper expand upon its arts and recreational opportunities?” After a short time was allotted for ideas to be formed, the tables were presented in order to share their questions and ideas.

Ideas such as mapping ATV trails, a mine tour, a fishing and camping store, a dog park, addressing the walking pathways and others were submitted. Renewable energy, biking and hiking improvements, and more technology and bars were also suggested. Those that did not attend the meeting and would still like to have their ideas and opinions heard may do so by submitting them at https://www.surveymonkey.com/r/52H7TMT by Monday, Aug. 13. 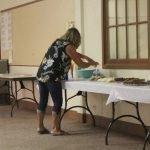 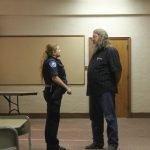 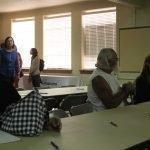 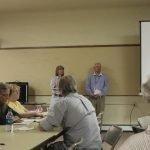 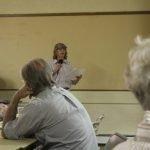 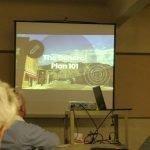 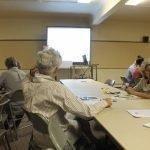 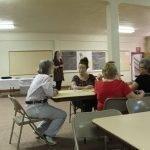 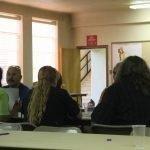