Members of the community gathered on Main Street Saturday morning to run a 5K in support of domestic violence awareness. This year was the seventh year that the 5K has been hosted in hope to raise awareness, rally support and encourage anyone witnessing domestic violence to come forward.

Frank Ori spoke before the 5K to give some background information. October is national Domestic Violence Awareness Month. Nearly one in four women have experienced violence by a significant other. 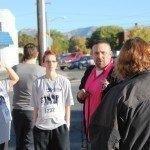 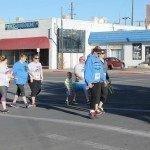 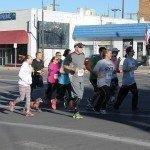 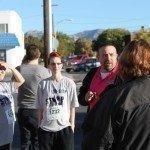