“Ghost Adventures,” a paranormal investigative series, will feature an episode on Carbon County during the series’ upcoming season on Discovery+. The television series follows Zak Bagans and his team as they investigate haunted locations, some of which are in Utah.

The first episode in the new season is entitled “The Great Saltair Curse.” The popular music venue on the banks of the Great Salt Lake will set the stage for the episode, which will begin streaming on Thursday, July 22.

“Many believe the property is haunted by Saltair Sally, a woman whose body was found on the property in 2000, and evidence suggests the surrounding land is cursed, amplifying the hostile paranormal energy,” Discovery+ shared. “During their investigation, the team is plagued by intense physical afflictions, disembodied voices, unexplained figures and an array of frightening anomalies.”

The “Ghost Adventures” crew then returned to Utah for episode six, which is set in Carbon County. The episode, entitled “Carbon County Chaos,” begins streaming on Thursday, Aug. 26.

“When the small town of Helper, Utah, is under siege by dark forces, the mayor calls on the ‘Ghost Adventures’ crew for help,” shared Discovery+. “She suspects that recent renovations to two historic buildings may be behind the surge in paranormal activity.”

The episode featuring Helper has been over one year in the making and began with an idea at Winger’s in Price. According to Mark Montoya, a beloved mail carrier in Helper and an organizer of Utah’s Christmas Town, that is where the idea of a paranormal investigation took form.

In July of 2020, the Utah paranormal investigation team named Paranosis was eating at the restaurant and inquired about local hauntings. They were directed to Montoya for more information on the well-known hauntings in Helper. Vincent Lords of Paranosis connected with Montoya and they returned to the area a few weeks later to investigate.

According to Montoya, Lords saw the potential of the area and suggested contacting the “Ghost Adventures” team. Shortly after, Montoya received a call from the producers of the show. A process then went underway to gather more information on Helper and the accused hauntings. The concept was pitched to the “Ghost Adventures” investigative team and Helper was ultimately chosen as the set for an episode.

Two buildings in Helper set the stage for the episode, including the bowling alley and the former Kiva Club, which is currently being renovated by Gary Devincent. The “Ghost Adventures” team conducted investigations in the buildings while a crew followed behind and filmed reenactments with local residents servings as extras in the scenes.

Montoya was fortunate to be involved with the crew throughout the process, from planning to filming. He also provided an interview for the episode along with Helper City Mayor Lenise Peterman, Linda Marrelli, Bennett Rayne, Devincent and Lords.

“It was exciting,” Montoya said. “I got to be on set and watch the whole process. There is so much that goes into it and it was cool to see it play out.”

According to Discovery+, the team from “Ghost Adventures” uses cutting-edge technology along with their unique paranormal intuition to assist in these investigations. The crew is credited with over two decades of experience in paranormal investigating. “Ghost Adventures” is the #1 rated show on the Travel Channel with a viewership potential of 97 million in the United States. Each episode airs 18-25 times.

Discovery+ is a streaming service featuring well-known shows from the popular Discovery channel along with original series and shows from other television stations. 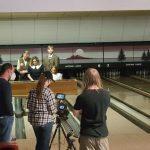 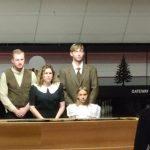 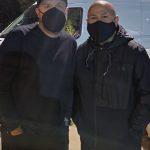 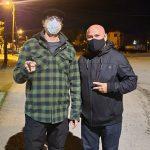 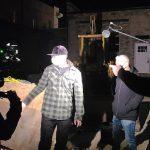 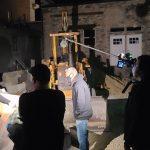 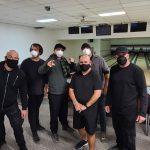 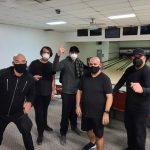 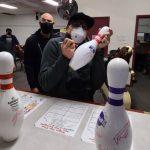 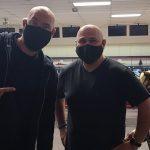 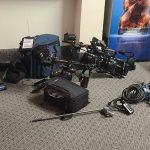 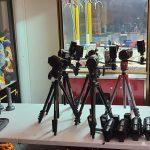 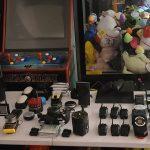 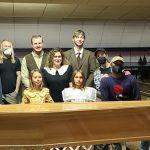 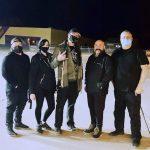