The Price City Council Chambers had all seats filled at the council’s last meeting on Wednesday, Feb. 26. The first agenda items brought to attention were three awards, beginning with the recognition of Mark Jespersen, who is the owner of Bicyclewerks and Carbon High’s mountain bike coach.

Jespersen’s award was for the 2019 National Interscholastic Cycling Association (NICA) event and the contribution he has put forth for the youth in the community. After Jespersen was given his award, he took to the podium to share a few words. He thanked a few specific residents as well as Price City, Carbon County and USU Eastern for how they assisted him with the NICA event that brought many people to the area. Mark then thanked some of the sponsors like WWL, Emery Telcom and others.

“There was about 1,000 hours of community service and over 2,000 for the race that happened in October,” stated Jespersen.

He mentioned that this upcoming year, there would be two bike races for the high school, meaning there will be even more people than there were last year. Talking of the process and his appreciation of the community brought tears to Jespersen’s eyes and the crowd applauded him on his way back to his seat.

The second recognition award was for Valorie Marietti “for her many endeavors and contributions to our community.” The council first thanked her for all she’s done for the community before she went to the podium to speak about some of her endeavors. Marietti spoke about the newest project she wishes to put into action. The project is to put more ramps on curbs for easier wheelchair access for all those who need it. She then thanked the community, saying, “This is a wonderful community that pushes our projects along with unbelievable support.”

Marietti wants to continue with her projects to see all kids in the community unite, no matter what their differences are. The room filled with applause as the council thanked her and she sat with her family in the crowd.

The last award that was given was a community Visionary Service Leader Award to local Carl Fox. This award was presented to him for his “dedicated customer service approach representing Price City.” Mayor Mike Kourianos received a letter from a couple who needed assistance while passing through Price. Fox went “above and beyond his job” to help these people. The council shared their appreciation for how he does his job and treats those who he interacts with.

Next, Job’s Daughters spoke to the council to ask for a sponsorship for the 2020 Utah Job’s Daughters Grand Sessions. This is the third year they have hosted the event in Price, which brings many people to the area. They requested the use of Washington Park and the Desert Wave Pool for their Friday night events. The council approved the sponsorship and waved fees for usage of the pool and park.

Summarizing the Price City Fiscal Year 2019 Audit Report was next on the agenda as an overview of numbers was presented to the council. Balances were confirmed and financial statements from 2019 were discussed. Price City is very pleased with the auditors they have and how they conduct audits. Lisa Richens expressed her appreciation to all those she works with on the finances for the city.

Lastly, the meeting ended with adopting a new cemetery code. The mayor summarized this as “making our cemeteries look better.” There are 15,000 headstones between the two Price City cemeteries with eight full-time workers and the additional seven or eight seasonal employees.

“These employees are very efficient and safe in their work,” the mayor said.

The motion was approved to adopt the new Price City Cemetery Code. The meeting was then adjourned. 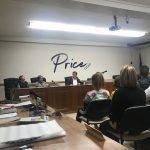 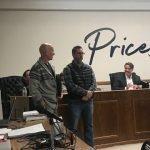 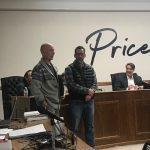 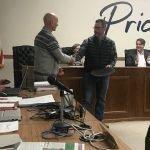 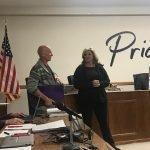 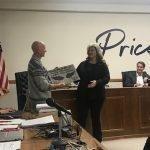 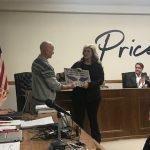 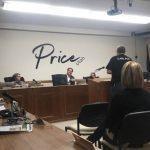