First up was the singles event. Sixteen people competed in the single-elimination tournament. Dustin Lofley topped competitors with a first place finish. Jarod Biondich rounded out the tournament in second place and Ricky Neil Sandoval finished in third.

Next up for the local area players is Beat The Heat. Rochelle Badback, director of CCR Horseshoe League, stated that this tournament is considered “the big enchilada.”

Beat the Heat is an annual tournament that has the biggest earned cash pot for the top three doubles teams. The cost is $30 per person and will be hosted in Price at the Washington Park horseshoe pits on Saturday, July 18 at 2 p.m. 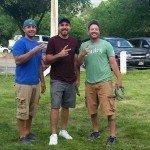 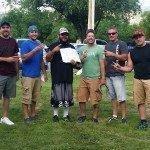