This groundbreaking ceremony was hosted to highlight the expansion of Conductive Composites in Emery County, with the new building site located just behind the original building. Conductive Composites CEO Nate Hansen thanked all for being a part of the event with him and credited it as an exciting step for the company.

He stated that they have been expanding in Emery County for a couple of years since the first facility was built in 2016. The step that they were taking with the new building, Hansen said, would be a lot bigger than that.

The facility is going to be built much larger and will be designed to be expandable. Hansen remarked that Conductive Composites is excited to be working within the community.

Conductive Composites works to bridge the performance capabilities and cost of lightweight next-generation composite and plastics materials systems. The company is family owned and organically grown, and Hansen stated that they believe that there is more to business than the money it makes.

“We really do have an awesome team here,” Hansen said.

He also expressed his appreciation for the support of the county and thanked the Emery County Commissioners for being in attendance. Hansen then said that he looks forward to having everybody back out sometime next year when the facility will be built. He also explained that there is another location of Conductive Composites in Heber City.

“As much as I love Heber, it’s not where we’re breaking ground. All of that investment is happening down here in this area,” Hansen shared.

Following the groundbreaking, attendees were invited inside the facility for brief tours. Though tours generally aren’t given of the facility, those that wished to participate were asked to leave their cell phones in the lobby before the tour began. 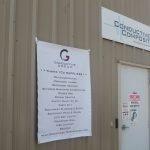 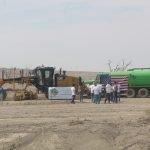 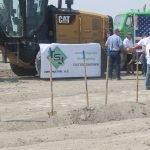 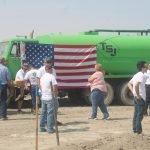 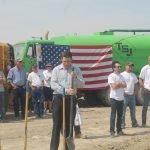 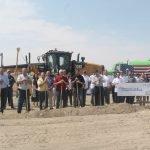 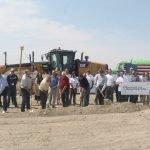 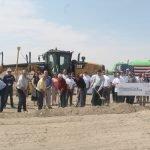 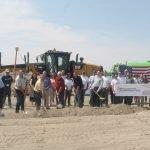 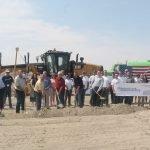 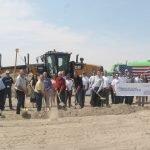 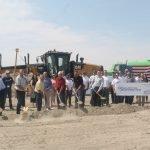 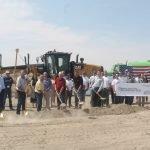 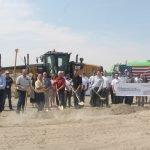 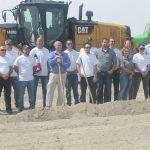