Mayor Mike Kourianos kicked off the evening by welcoming Congressman Curtis and thanking him and his team for coming to the area to discover what can be done to assist. Mayor Kourianos also stated that he believes that many positive things are currently happening and, with help, community members will see some changes in Price soon.

“I know that will happen with good people helping,” Mayor Kourianos stated.

He then turned the time over to the congressman, who gave the mayor a shout out and also thanked Carbon County Commissioners Tony Martines and Larry Jensen for being in attendance.

He then took a brief moment to introduce his team before touching on his day, which began by traveling to the area to meet with the commissioners and have an in-depth conversation about the county. According to the congressman, a lot of that conversation was centered on economic development. From there, he met with the Price City Mayor and had a very similar conversation.

Congressman Curtis informed those in the crowd that from here he will be visiting Moab, Blanding and Bluff. He will be meeting with many Native Americans and plans to cover a lot of tough issues while meeting with them. The congressman has been in the office now for a total of 15 months and has had at least three town hall meetings in Carbon County in that time.

During these 15 months, Congressman Curtis has also succeeded in getting five bills through to the president that regard a number of topics such as opioids, small business, human trafficking and more. He stated that most of his legislative work has dealt with rural Utah.

From there, he opened the floor for questions. The crowd did not disappoint as they respectfully approached the congressman to discuss an array of pressing topics that hit close to home. These topics ranged from the national emergency ending, the wall and its support (or lack thereof), Republican versus Democratic views and, of course, the newly signed Emery County Public Lands Bill. Congressman Curtis reminded those in attendance that nothing can be pushed forward in legislation without the 60-senator vote to continue.

He also took time to assure everyone that recreation at beloved places such as the San Rafael Swell will not be ruined by the lands bill and will instead be helped. He stressed that the voting of the bill, while difficult, was much better than the alternative.

“We are only enhancing access, particularly compared to monument designation,” stated Congressman Curtis.

The congressman concluded the town hall meeting by committing that he will continue to host these events in the Castle Country area. 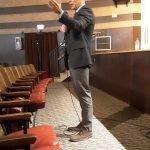 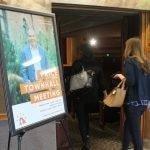 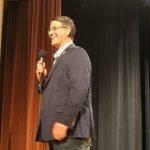 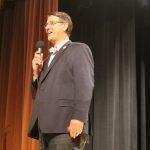 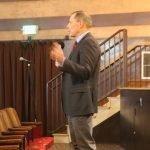 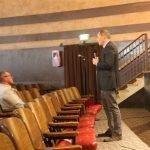 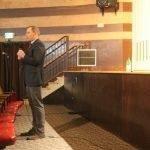