“We’re a form of government that’s supposed to be governed by the people,” Congressman Chaffetz expressed. “It’s a disconcerting time, to say the least. I personally believe the executive branch has become too powerful.”

Choosing to devote a portion of the meeting to a question-and-answer session, Congressman Chaffetz spoke and offered insight dealing with several pressing issues. “We’re trying to find that balance,” he said in regards to a balance in the public lands initiative, claiming that the fight has continued for decades. “We’re not quite there yet.”

“I think the market places should work that out,” he explained when asked about an increase in minimum wage. Laughing, Congressman Chaffetz related the story when, as a young teenager, he was given the help wanted section of the local newspaper by his father and was encouraged to find his first job. “That’s when I realized I was a white-collar guy, but I learned how to work,” he said with a smile.

He continued praising the need of a work ethic as he related what his instructions have been to his children.

“I don’t care if you make fifty cents an hour, I want you to work!” he said.

“There is also real goodness happening in this country,” Congressman Chaffetz explained. “It shows itself to me in first responders.”

Congressman Chaffetz continued his praise as he thanked those in attendance who had served, or who had relatives serving, in the armed forces.

“May God bless you,” he spoke to the audience at closing. “And may God bless the United States of America.” 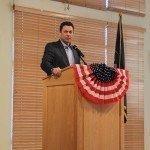 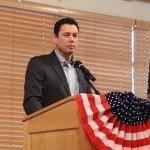 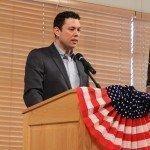 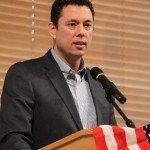 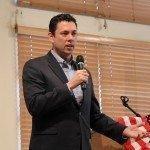 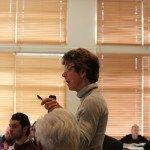 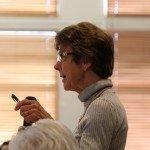 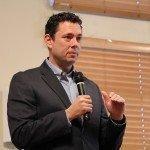 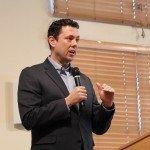