Carbon fed the ball into the post to Shelby Cornforth early and often in the Lady Dinos’ 40-33 win over Payson Tuesday night in the Region 12 play-in game at Maple Mountain High School. Cornforth didn’t disappoint.

Cornforth led all scorers in the game with 16 points and also grabbed eight rebounds, powering Carbon to a matchup with the Juan Diego Soaring Eagle Friday night in Salt Lake City in the first round of the 3A playoffs.

Tip-off for Friday night’s game is slated for 7 p.m. and can be watched live on ETV Channel 10. 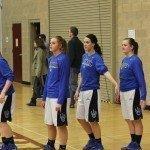 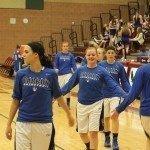