At the Emery County Commission meeting Tuesday afternoon, commissioners announced the completion of a retaining wall around the Crandall Canyon Miners Memorial.

The ten-foot high wall expands across the canyon behind the memorial to protect it from flooding or erosion. Following the Trail Mountain Fire and the resulting burn scar, the worry was that debris and water could wash the memorial away.

This decision was reached on a recent Friday. The following week, construction began on the wall. Johansen & Tuttle Engineering complete the engineering work and Wall Contractors did the concrete work.

Also during Tuesday’s meeting, the commissioners corrected the previously reported funding for the project. The total cost was $50,000. The United States Forest Service paid $35,000 and the remaining cost was funded by Murray Coal Company.

The recent rain showers did not flood down Crandall Canyon, although other canyons in the area were affected; but the wall was ready and in place to protect the memorial. 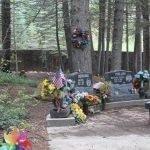 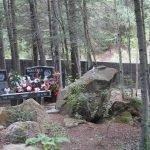 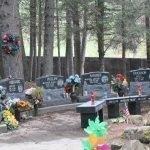