Students at Creekview Elementary School were entertained on April 22 with an Earth Day assembly by Wildlife Biologist Jared Reese and Ann Dee Mead from the Bureau of Land Management (BLM).

Reese explained to the students that part of his job as a wildlife biologist is to talk to groups of children and adults to help them learn about wildlife and how to take care of the wild animals that live in the state. He also told them that wildlife biologists often catch and tag wildlife and fish so they can follow them. They study the animals and use the information to decide if there are enough of them and to make sure they are healthy.

He taught the students that wildlife is any animal that lives wild and free, and is able to find its own food, water, shelter and space. He told them that Utah is a great place to live because there is plenty of wildlife to enjoy and explained that some live in the mountains, forests, prairies and some live near or in the water.

During his discussion, students were shown different animals and birds, which were stuffed, as well as furs and antlers.

He ended the assembly by discussing ways to enjoy wildlife and wildlife safety and asked the students take a Wildlife Helper’s Pledge. 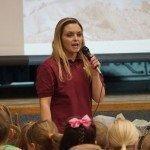 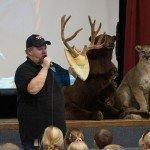 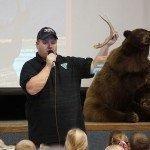 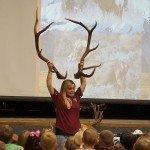 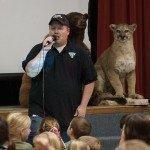 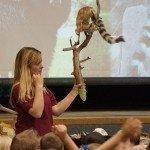 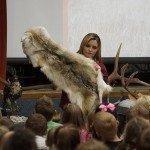 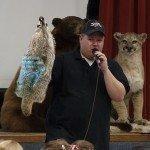 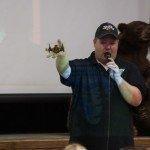 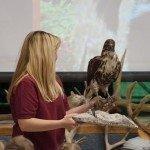 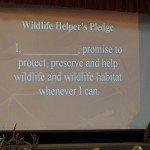