On Friday, April 29, Creekview Elementary held a special assembly prior to a musical performance by fellow students. The school’s archery team was preparing to head north to Sandy, Utah for the 2022 NASP® Western National Tournament.

Once introduced, head coach Jimmy Parker said to the excited crowd of elementary students, “What’s up, Coyotes?” to which they responded with thunderous applause and cheers. Parker started by introducing his assistant coaches, including Amber Chappell, Jacki Houskeeper and Karen Parker. He hardly seemed to have the words to express his pride in the student archers; that pride colored his voice and could be seen on his face.

He took a moment to recognize two of his archers specifically for their performance at the state competition, at which the team took second place, in the beginning of March. Hunter Cowley and Tru Brown took first and third place, respectively, out of all elementary boys at the competition. Additionally, Cowley, a fourth grader, placed first overall out of 435 boys (including middle and high school aged boys). This distinction earned Cowley his own personal first place trophy, a new bow and a $1,000 scholarship to a college of his choosing after he graduates high school.

At the Western National NASP Tournament, Creekview had an excellent showing, taking fifth place out of 10 participating elementary schools. And once again, Hunter Cowley claimed first place out of all elementary boys, and even placed 37 out of 755 total participants at the tournament. This included boys and girls from all ages, even middle and high school students. His score was 282 out of 300 points.

Congratulations to the Coyote archers and their coaches! 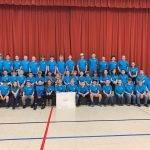 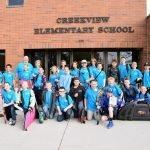 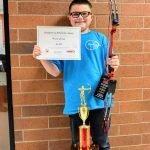 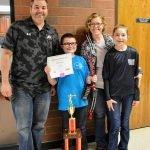 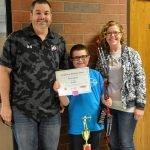 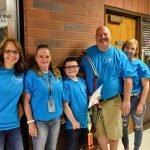 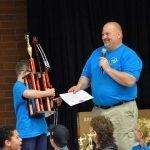 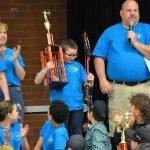 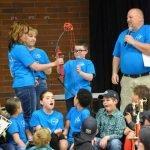 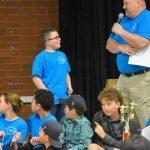 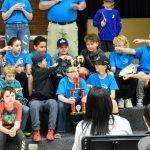 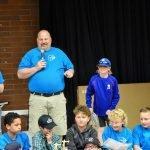 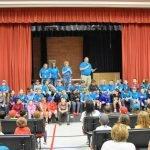 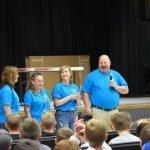 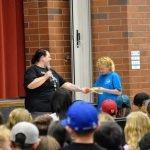 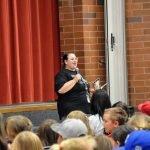 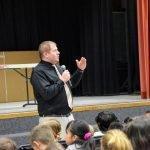 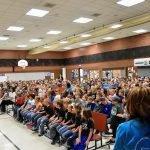