Creekview Elementary is hoping to become a Science, Technology, Engineering and Mathematics (STEM) school. In order to qualify, the school must engage in PBL (Problem Based Learning) projects.

The school’s students were treated with a trip to Huntington Reservoir on Thursday and Friday for the first quarter school-wide STEM project, which qualified as Problem-Based Learning. They first took time to design and draw up a concept for a water wheel that they would later be able to test.

A large number of the water wheels were successful, while some were not. What ever the outcome, the students were then tasked with studying and discovering what ways they would have been able to improve their water wheel.

During this trip, students were also taught about erosion and the differences between living and non-living creatures. A red-tailed hawk had been discovered in the reservoir that morning, which had drown. The students explored the grounds, taking photo examples of erosion and the animals. They were then able to put together a book of their examples. 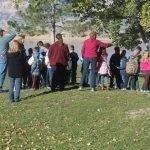 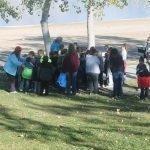 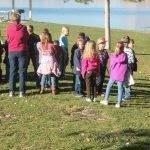 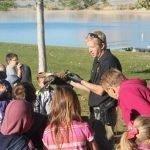 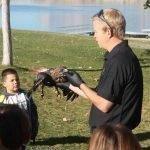 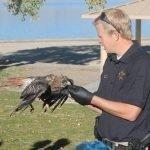 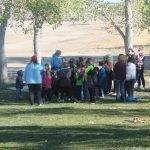