A neighborhood in Orangeville came together late Monday night with the outbreak of a house fire.

Gentry Jacobsen was outside enjoying the summer night when her young daughter noticed smoke coming from a neighboring home. At first, Jacobsen thought the smoke was from a barbecue, but quickly realized it was coming from the roof of the home. Jacobsen reacted quickly and told her daughter and friend to turn on the hose while she dialed 911.

Emergency crews from Orangeville and Castle Dale Fire Departments responded and worked late into the night to put out the blaze. Jacobsen said that the fire was mostly in the attic and fire crews had to tear down a large portion of the ceiling to get the fire under control.

The cause of the fire has yet to be determined, but Jacobsen speculated that an electrical malfunction could be to blame. She described seeing sparks flying as crews began putting the fire out. 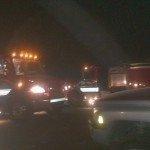 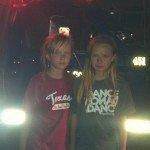