Emergency crews were called out just before 1 p.m. to a car fire near the West Highway 6 interchange in Price on Thursday.

The driver of a small passenger car managed to pull onto the shoulder of the road before the vehicle became engulfed in smoke and flames.

A small brush fire was also reportedly caused by the incident and was quickly extinguished. 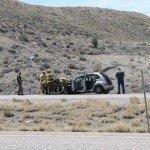 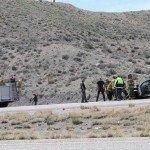 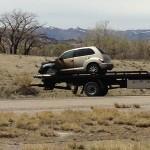