On Friday morning, the Carbon County Sheriff’s Office (CCSO) reported that there was a crude oil tanker that crashed and began leaking crude oil.

This occurred on Highway 191 at mile post 257. Approximately 4,000 gallons of the crude oil spilled onto the roadway and down into Willow Creek, described as “yellow and waxy”.

Hazmat crews responded to the scene and crews requested that the highway remain closed throughout the evening and into Saturday morning. Crude oil was found up to a mile upstream from the accident. However, continued testing is being conducted regarding the water and there is no need for concern as to the state of the drinking water.
Crews have been working night and day to ensure the safety of the water, travel and more. 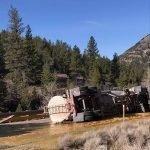 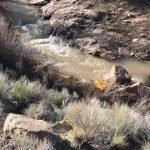 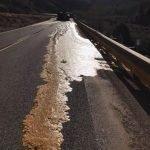 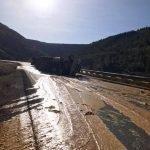