Mangum retired from CVSSD after more than 36 years of service on Nov. 1. He began his career on June 15, 1982. Mangum worked with the Ferron crew, serving Ferron, Clawson and Emery Town. He became the foreman of the crew in 2011 and remained there until his retirement.

The CVSSD described Mangum as a hardworking, quiet leader and a very knowledgeable water treatment plant operator. He was certified with the State of Utah water operator certifications higher than what was required for his position. The certification requirements are based on the population of the cities that are served.

At the meeting, the district thanked him for over 36 years of dedication and service to the citizens of Emery County and presented him with a plaque of appreciation. 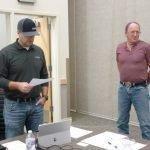 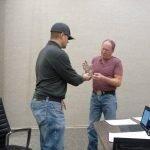