Many people from the wrestling community gathered at Utah Valley University on Oct. 7 for the 13th Annual Utah Hall of Fame Banquet. During the banquet, the late Dave Smith was inducted into the Utah Wrestling Hall of Fame for his achievements and legacy. His award was received by his son Barry Smith and wife Kathy Hanna-Smith.

In September 2018, Dave tragically passed away in a work accident. In his younger years, he wrestled for Piute High School from 1966-70 and then went on to wrestle at Snow College. Afterward, he returned to his hometown and created a wrestling dynasty at Piute. He coached there for 17 years, 10 of which he also spent coaching cross country. Dave then coached one year at Parowan and nine more years at Carbon High.

Some of Coach Smith’s most proud accomplishments were his 1993 team at Piute that defeated the other three classification champions in Delta, Payson and Mountain Crest during the season, making his Piute Thunderbirds plausibly the top team in Utah. He also coached a Carbon team that gave Delta its first home loss in a number of years. He was proud of his sons and grandsons and their own success in the sport that he loved.

Coach Smith is remembered as a kind, loving man that genuinely cared for others. He had a special relationship with each of his kids, grandkids and his wife Kathy. He also touched the lives of many of his wrestlers whom showed their gratitude and respects by attending his funeral services.

All of those wrestlers have fond memories and were impacted by Coach Smith. One of those wrestler’s shared, “Coach Smith was and still is one of my greatest wrestling influences. He left a legacy in our hearts and community that will be passed onto many who will have never met him. I am honored to have been able to be mentored by such a man, father, husband and coach.”

Another wrestler added, “Just a few weeks ago, I was talking with a former wrestler about the profound impact Coach Smith had on our lives. He taught me and so many others the meaning of hard work and perseverance. He taught us how when things get tough, to dig deep and find the strength to endure. To this day, when I am looking for the courage to face a difficult situation, I turn to the lessons I learned from Dave. Coach Smith meant so much to all of his students. His presence will be felt long after his passing.”

Mathew Landvatter summed up Dave’s life and legacy. “Dave was a giant of a man, a pillar of strength and a great example of hard work, dedication and love for so many of us. He touched so many lives with his kindness and caring nature and he left a mark on this world that will never be forgotten and can never be erased.”

Dave’s son Barry has followed his is father’s footsteps and has now coached wrestling for 21 years. He was a Utah Assistant Coach of the Year, a three-time Region 12 Coach of the Year and a seven-time State Coach of the Year. He has coached three State Championship teams and many runner-up teams. He continues to look at his father’s example, “I strive to coach like my dad.” 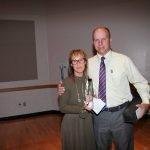 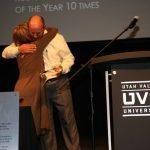 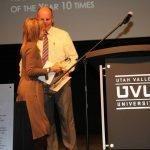 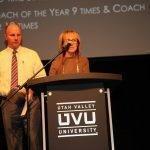 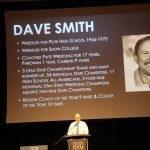