On May 8, Emery School District Superintendent Larry Davis wrote a letter to parents of kindergarten students in the district inviting them to public hearings regarding staffing and scheduling for the coming school year. He also informed them that they had encountered some unique challenges based on enrollment and financial support.

The enrollment in the district’s elementary schools has declined by 45 students, which results in a loss to the entire district of 30 students. This will decrease the budget for 2019-20 school year by about $100,000, so staffing in the elementary schools cannot be maintained at the current level. It is the school board’s bottom line goal to not reduce the number of teachers. The two positions necessary can be by attrition. These hearings were at Castle Dale Elementary on Wednesday as well as at Cleveland Elementary on Thursday evening.

Emery School District Elementary Supervisor Ralph Worthen presented several options to the parents, stating that none of them were final decisions but rather a way to gather public input to help the board make these decisions. One of them included combining Cottonwood (eight students) and Castle Dale (12 students) into one class to be taught at Cottonwood. This would mean busing the kindergarten students from Castle Dale to Orangeville. One reason to go this direction was that Cottonwood has the self-contained classroom and it was explained that busing seemed more reasonable going that way.

At the same time, there are 34 students registered at Cleveland and the district was hoping to find eight to 10 parent volunteers willing to let their kindergarten students be bused to Huntington Elementary. This would mean one kindergarten class in Cleveland and two classes at Huntington. Split classes where possible and practical are also options.

Another long-term consideration was a kindergarten through second grade building and a third through fifth grade building. Yet another suggestion was to bus the 11 fifth grade students from Cleveland to Huntington. One more was to just consider student to FTE (teacher) ratio at each building and let the Principal make the decision as to configuration of classes.

Some of the main concerns at both hearings were the age and intimidation of kindergarten students. Time away from home, especially for those young students living in the outlying areas and the time they are away from home with long bus rides and all-day kindergarten, was a concern raised. Another general concern was separating siblings and dividing family time.

Questions about the following school years were also queried. Emery School District Transportation Supervisor Roger Swenson assured parents that they could work with them, even allowing for parents to ride with their kindergarten students for a short period of time to help orient them.

Supt. Davis assured both audiences that no decisions have been made yet but need to be made soon as the year is ending and staffing needs to be completed. The school board will also be looking at long-term solutions. 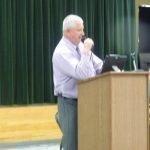 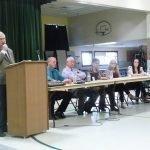 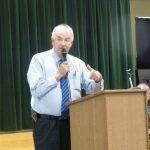 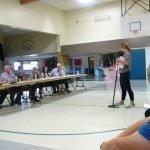 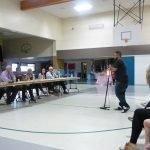 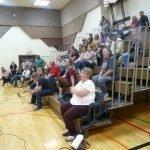 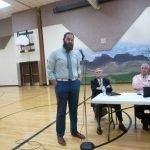 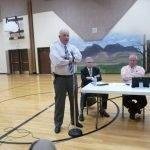 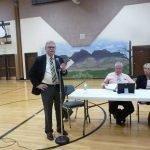 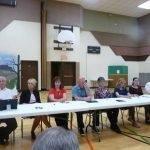 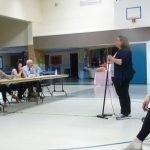 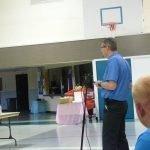 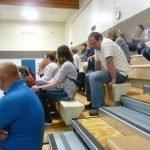