The excavation of a Fremont Indian site in Nine Mile Canyon has sparked a lot of interest in people throughout the community and beyond. On Saturday, the classroom at the USU Eastern Prehistoric Museum was packed for a presentation on the update of the project.

Last fall, the excavation of a Fremont Indian pit house in Cottonwood Village began, but this excavation had a twist from normal excavation projects. For this project, the BLM and Arizona State University partnered together and invited various high schools to join the efforts during a six-weekend program beginning last September. Students from Carbon High School, Nebo School District, American Leadership Acadamy,= and more were invited to spend three days camping and doing their part in excavating the site.

During the project, the teams were able to uncover the pit house, as well as find many different artifacts left by the Fremont Indians. Jody Patterson, an archaeologist from Montgomery Archaeology in Moab, presented some of the findings at the event on Saturday.

Patterson relayed that although the dating isn’t certain on the age of the village, they speculate that the village was occupied between 1,000-100 A.D. The pit house the excavation is focused on, however, was unique.

“The floor of the pit house we are finding is a sub room, and that’s not common in Nine Mile Canyon,” said Patterson. “The structure is very different, being 21 feet wide, making it larger that most of the structures in the canyon.”

Ashley Leautaud, a student volunteer from Carbon High School, was present to speak on her experience with the project.

“I was very excited for the project because it was a great opportunity to get out there and try something different,” stated Leautaud. After her weekend with the project was completed, Leautaud was later invited to Utah State University to help wash and date the artifacts found on the site. “I would go back in a heartbeat,” Leautaud said. “It was so much fun and so interesting.”

“A lot of the artifacts in the museum are from Nine Mile Canyon,” said Riley. “This canyon is really important to us in the area.” 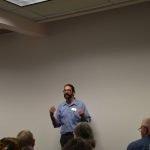 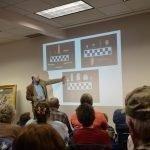 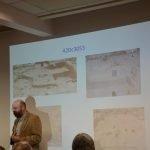 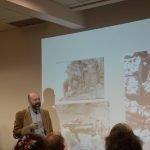 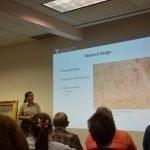 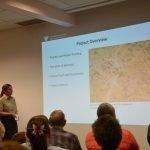 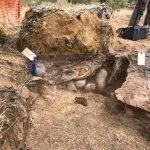 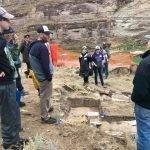 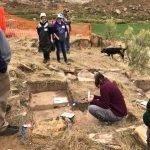 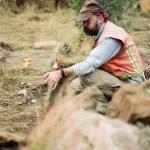