The 2021 3A State Drill competition took place on Tuesday and Wednesday at Utah Valley University. The Dino Dynamics and the Spardettes each made an appearance, fighting to advance to the finals.

Emery was in a difficult pod with the returning champions, South Sevier, and San Juan. Unfortunately, the Spardettes were unable to top either team and were eliminated from competition.

Carbon was grouped in Pod 4 with American Leadership Academy, Juab and Delta. The Dino Dynamics did enough on Tuesday to make the final cut. Unfortunately, Carbon placed seventh as its season came to a close. 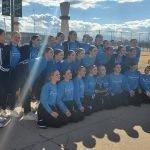 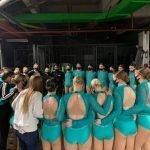