The Dino Dynamics traveled to Kaysville to participate in the Davis Valley Classic last weekend. This competition was the Dinos first of the 2017-18 season.

A group of soloists from the team competed during the classic. According to Dynamic’s head coach Nicole Bennett, Graci Steele took home a first place win in the lyrical category while Sydney Sandoval placed first in contemporary. Brenna Bogdin took home first place as well in the jazz category. Mikelle Monson placed second in both the lyrical and contemporary categories.

Even though a Dynamics officer sustained an injury just days before competition, the rest of the team were able to re-space three routines and add alternates in three others.

“It was a great first competition,” said Bennett. “We are excited to work hard and get ready for the rest.”

The Carbon High Drill Team will travel to Utah Valley University for the Drill Team Premier Classic on Jan. 5 and 6. 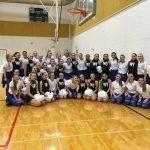 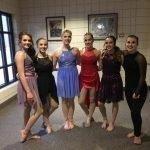 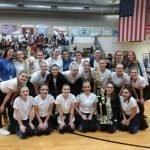