Friday night lights has begun and Carbon took on 2A Grand on the road for its season opener. Not only is Grand ranked third in the 2A ranks, but it was playing with extra emotion as it copes with the sudden death of one of its players last week.

It is still unknown why the sophomore collapsed and died, but it stunned the community and his team.That combination of emotion and discipline proved too much for the Dinos as they lost the game 48-7.

While Grand is a seasoned team ladened many returning seniors, the Dinos have a squad filled with young players seeing varsity action for the first time. Coach Jeff Blanc said it was an eye opener for those players.

Grand took it to Carbon early as they put up 21 point in the first and added two more touchdowns in the second. Blanc stated that Grand was able to win the battle off the line and it showed in the score. Carbon struggled to stop Grand’s offense.

Carbon came out after the half and scored on a 43-yard touchdown pass from Jerod Lessar to Zac Hathaway. Blanc said they came out much better in the second half and were able to move the ball more effectively.

The defense also played better, but Blanc saw some things that needed to be addressed before next week’s home game against American Leadership Academy. He feels that they will make the necessary changes and be ready to face ALA.

“We have about the same amount of players and we have had some real close games over the years,” he explained.

The game will also be the home opener for the Dinos. Carbon came out of the loss against Grand relatively injury free. Marcus Santi went down after a hit in the back, but has already stated he is feeling ready to play.

“We need to execute better and take care of the ball and we can beat ALA,” Blanc concluded. 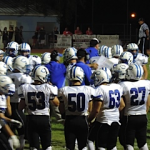 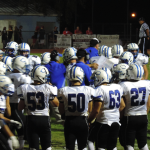 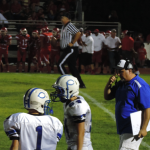 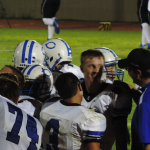 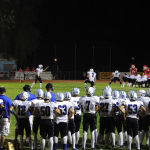 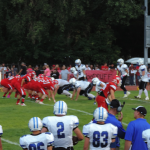